Let the Stars Shine: OSTEOGROW presented in the EU Parliament

On June 19th, 2018 at the “Let the Stars Shine” exhibition in the European Parliament in Brussels project OSTEOGROW, coordinated by the University of Zagreb School of Medicine, was presented as one of five most significant Croatian projects financed by the European Union.

“Let the Stars Shine” is a joint initiative by nine representatives in the European parliament with the goal to support European community and solidarity and promote and stimulate visibility of superior and creative projects which have had a positive impact on the life of citizens of the European Union. As a part of the initiative, five most significant projects financed by the European Union have been chosen from each of the nine participating countries (Croatia, Bulgaria, Belgium, France, Germany, the Netherlands, Poland, Romania and Slovenia). Office of the Croatian European Parliament representative Ivana Maletic organized the contest, and out of seventy applications five were selected as the best – “OSTEOGROW” University of Zagreb School of Medicine, “Znanjem do toplog doma” City of Petrinja, “Revitalization of St. Michael’s Fortress” City of Sibenik, “Sisacko-moslavacka zupanija Srediste gaming-industrije” Sisacko-moslavacka county, and “Coworking Zadar – Innovation through Collaboration” City of Zadar. 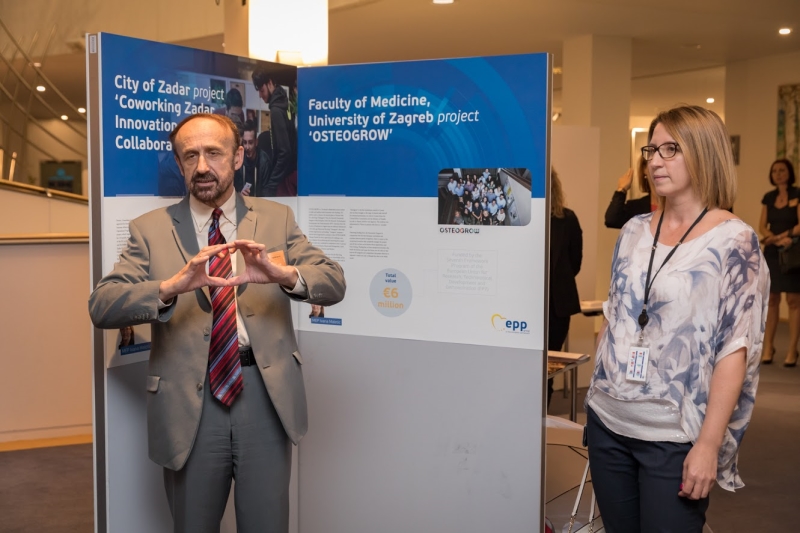 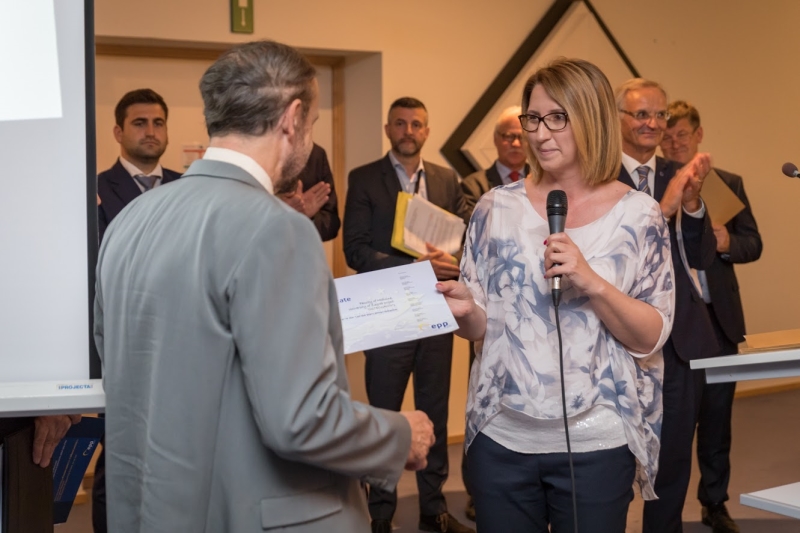 The opening of the exhibition was attended by the head of the OSTEOGROW project Prof. Slobodan Vukicevic, Dr. Mihaela Peric, Ivancica Bastalic and Lucija Kucko. Prof. Vukicevic emphasized the importance of this innovative scientific project for the academic community. 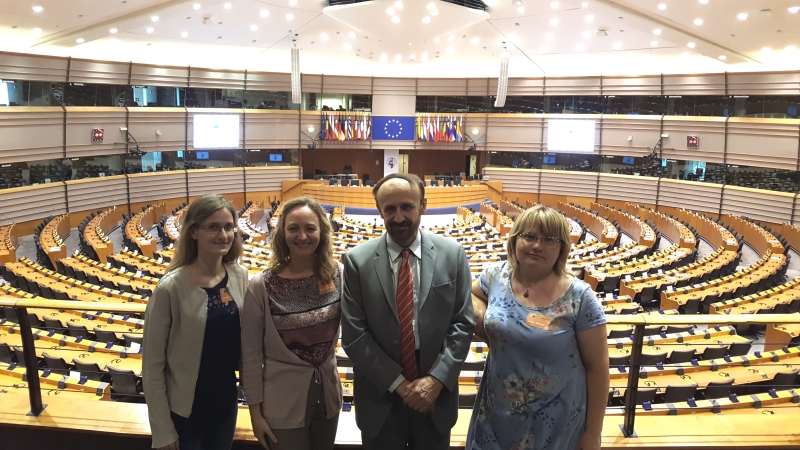 FP7 HEALTH project „OSTEOGROW – Novel Bone Morphogenetic Protein 6 Biocompatible Carrier Device for Bone Regeneration” is the first scientific competitive project that was granted for coordination by the European Commission for Science to a Croatian institution, University of Zagreb School of Medicine, together with eleven European partner institutions. The project officially started in January 2012 and successfully ended in December 2017. The goal of the project was to develop a safe, effective and affordable therapeutic solution that would promote bone healing and prevent bone non-unions, and it was based on the discovery by Prof. Slobodan Vukicevic and Prof. Lovorka Grgurevic that bone morphogenetic protein-6 (BMP6) in small quantities accelerates bone regeneration when administered in a carrier that is individually adapted to each patient. OSTEOGROW research continues in the new HORIZON2020 project “OSTEOproSPINE – Novel Bone Regeneration Drug “Osteogrow”: Therapeutic Solution for Lumbar Back Pain” as a part of the clinical trial in a new indication involving patients with chronic back pain. OSTEOproSPINE project, which was also presented at the exhibition in Brussels, started on January 1, 2018, and 11 patients have so far been included into the clinical trial.

At the OSTEOGROW / OSTEOproSPINE info desk the exhibition attendees could obtain relevant information on both projects. There were more than 200 parliament representatives and other visitors attending the opening of the exhibition which is significant for a good visibility of the projects as well as the University of Zagreb School of Medicine. 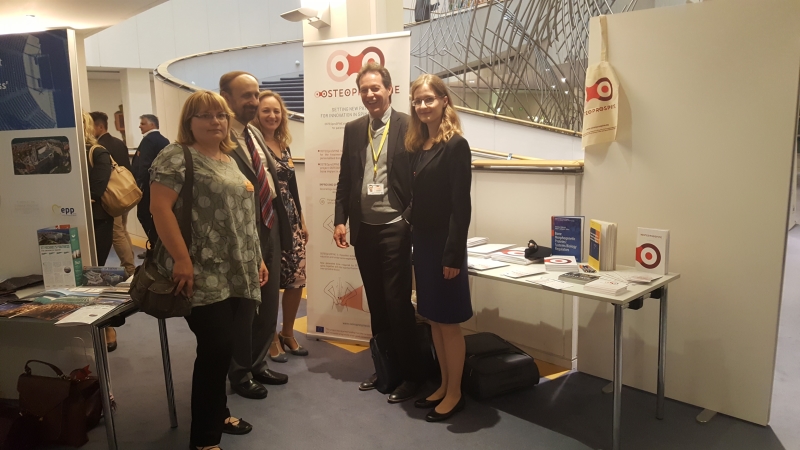 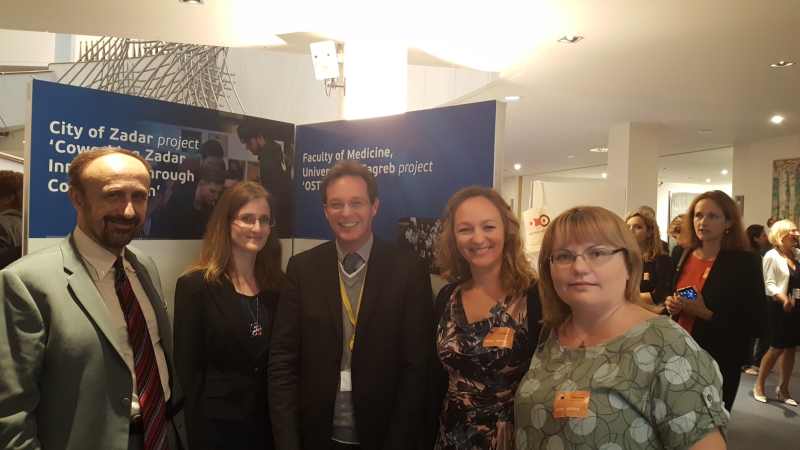 The initiative organizers issued a special European Parliament publication on the presented EU projects which have introduced positive changes, and a video clip was produced for each project, which you can see here: